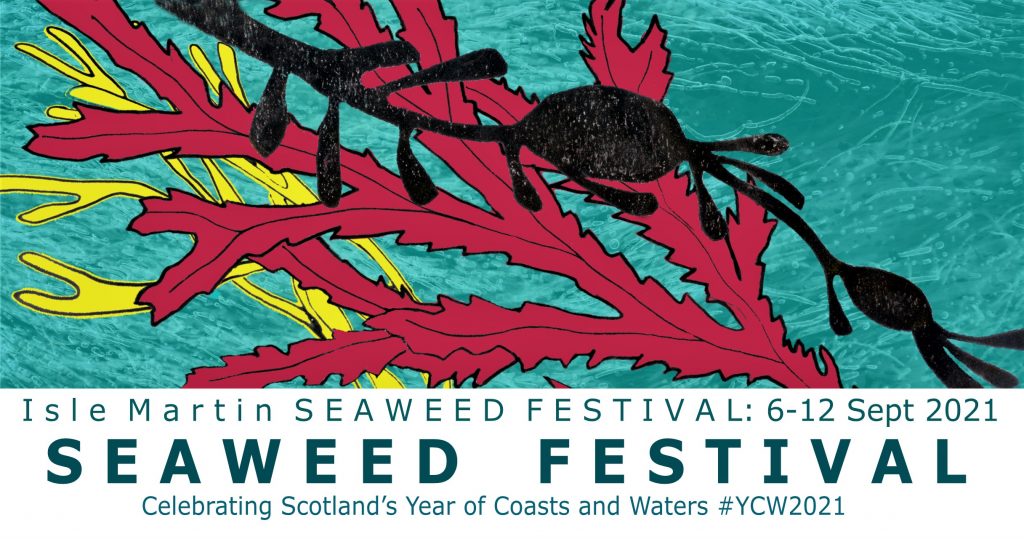 Films that were shown in Ullapool for the festival

As people are coming in Playing Music on the Bull Kelp Horn 1.41 minutes

Welcome to everybody.  Tonight we have a true cornucopia of seaweed film miscellany which have been hand-picked for your delight. We have tried to set the scene for the festival by choosing films which reflect some of the events and presentations which will take place over the weekend. Perhaps you will want o comment or discuss some of the aspects  covered in the films- so don’t hold back if you want to contribute thoughts, comments, or views as we go through the evening. We kick off with a group of films that do well in setting the scene globally and which take us from Lochbroom to California to Tanzania.

The 1st film takes us to California, and if this woman doesn’t just inspire you to get out on the shore with your wellies, then no one will! 7.17 minutes

Preserving the Forest of the Sea: Science on the SPOT

This is a film about a group of people (fishermen, divers, members of the community, and scientists) who worked together to survey the Wester Ross Marine Protected Area’s seabed in June 2018. As citizen science, it shows some of the unspoiled habitats as well as maerl seaweed, both intact and damaged by dredgers as well as showing our attempts to document recovery ( creating a baseline to monitor recovery). 12 minutes

Film 2 Flowers of the Sea Forest Little green island films. (You will need to join Vimeo to watch this. Free.)

We liked this next piece for its positive message and a great example of how the innovative use of seaweed farming is transforming lives. 3.53 minutes

The following two short films are about Prof Juliet Brodie, Professor at the Natural History Museum who will be joining us on zoom on Saturday on the island to share her fascination and work investigating seaweeds. The first film offers a window into the world of seaweeds

4. Window into the World of Seaweeds At the Natural History Museum

In the next film, Juliet Brodie and her team begin the process of creating a kelp forest display for the Museum’s redeveloped Hintze Hall.

5. Creating a Display for the Natural History Museum

6. An aspect of the festival which is of particular interest and historical significance to the Highlands and Islands is the kelp industry. On Isle Martin, archaeologist and historian Cathy Dagg has worked with a team of volunteers to recreate a kelp burning pit and if you do get over to the island you can see both this and the seaweed-fertilised lazy beds which have been created this year.

In the following film, Rebecca Marr presents a short social history of the innovative uses of seaweed in North Ronaldsay, Shetland. 14.40

Tangled: A short social history of seaweed in North Ronaldsay

FILM 7  Kelp burning leads us into thinking about seaweed as a material for glass-making. We will be having a discussion on Sunday about using seaweed as creative material. The next film, ‘Flux’ is the record of a summer spent gathering materials for glass making on the coast of far west Cornwall. Historically, seaweed from Cornish beaches was sold to the glass industry for flux. The artist follows ancient methods, using not only seaweed but sand from her local beaches. Hand-held camerawork emphasises the body at work in the landscape to create a portrait of a place as we follow the artist’s attempt to make a uniquely place-based glass.

Seaweed is fascinating artists the world over. You can see how local artists have responded to marine algae right here in our window exhibition in An Talla Solais in Argyll Street. We really liked this project by Dutch artist Margot Berkman. 4 minutes

And the Department of Seaweed ( yes, it does sound like something out of Harry Potter!) short film introduces the idea of seaweed as a fascinating material in its own right. 3 minutes

Asian food has always acknowledged and used seaweed in so many ways… as Jamie looks into in this short piece. 4.03

Local off-grid living and foraging expert Emma Magenta (who coincidently lived on Isle Martin and gave birth to her 1st son there) shows Michael Tait how to gather and prepare a feast of shellfish, wild garlic, and edible seaweed on Scotland’s northwest coast

We are relying on donations from supporters to help keep us afloat!