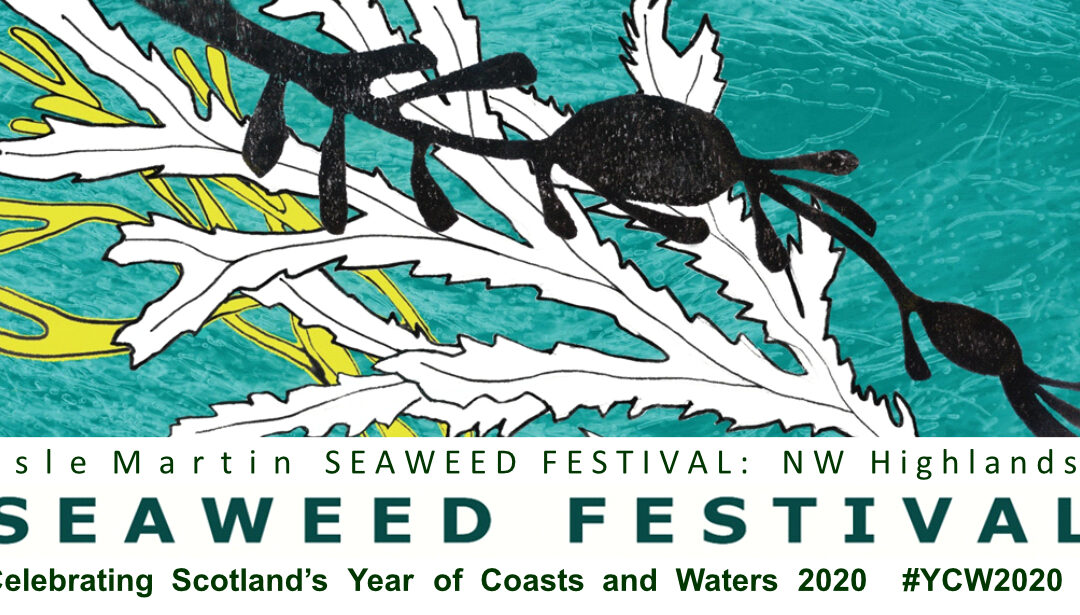 We are very sorry to announce that, along with many other events across the world, it has been necessary to postpone the Isle Martin Seaweed Festival due to the Coronavirus restrictions.

The Isle Martin Seaweed Festival was selected to be supported by the Year of Coasts and Waters 2020 events fund, managed by EventScotland. It was being part-financed by the Highland & Moray FLAG European & Maritime Fisheries Fund Programme and Scottish Government. The Festival was also receiving funding from the National Lottery Heritage Fund, Scottish Natural Heritage through the Coigach and Assynt Living Landscape Partnership and from the Ullapool Harbour Trust.

We are in discussions with VisitScotland and our funders and partners to explore all options for a new date and will announce this as soon as we can.

In the meantime, the Isle Martin Seaweed Festival Working Group are pleased to announce that two activities celebrating seaweed will still go ahead this year. The first is involvement in the Marine Conservation Society’s Big Seaweed Search project to map the seaweed beds around the whole of the UK coastline. Two beaches on Isle Martin have been selected for inclusion in the survey, which is expected to take place later in the year.

The second activity is a fascinating kelp experiment by local archaeologist Cathy Dagg who, as part of her academic research into the history of kelping will be conducting experiments into how the kelping industry operated in the late 18th and 19th centuries. It is believed to be the first time such a series of planned experiments have been undertaken in this historic activity that had such an impact on human lives on Scotland’s West Coast.

More details, together with volunteer opportunities to take part in the seaweed survey, to follow soon.